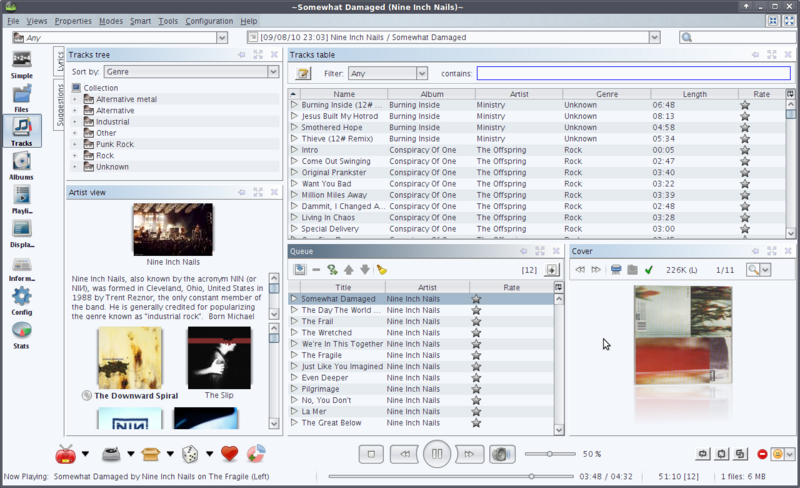 Jajuk is a Java music organizer for all platforms. The main goal of this project is to provide a fully-featured application to advanced users with large or scattered music collections.

This project is open for any type of contribution. To lend a hand, visit the Contribute Page or make a donation.

What’s Being Said About Jajuk

Jajuk is suitable both for playing various music formats […] and as a powerful iTunes replacement. — Thomas Hartfeld, c’t magazine (translated from German)

I think it’s the most powerful jukebox out there. — M. Nestor, Softpedia

I’ve had love affairs with almost all of these players at one point or another, but Jajuk is looking really good at the moment. — Adam Pash, Lifehacker